The woo imposed by the Prime Minister of India, Narendra Modi on Sunday, is not an imposition on anyone but humble pleas to the people of the country to keep their own security in view of their homes for only 1 day. Help to find a solution to fight this disease by staying inside. When this type of curfew was talked to senior persons and intellectuals to know about the various attacks in the country and the conditions of the time of independence, they offered their views. 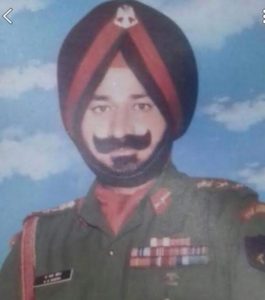 In relation to this matter, senior social worker Om Prakash, sitting within his family, told that he has seen the wars of 1962,1965, 1971 and 1984. He said that during the wars, the administration was directed to extinguish the lamps in their homes to protect the general public, and not only the lamps installed in their houses were also asked to cover so that the flying vessels would not be seen. He said that not only this, food has also been taken by the people for the soldiers fighting on the border. He said that the curfew that Prime Minister Narendra Modi is imposing today is not to harass anyone but only to protect about one hundred and 30 crores Indians from this place. There is no hard and fast rule in this, it is only their appeal to the people of the country. In 1984, he told that curfew was imposed to deal with the situation that arose after the assassination of the then Prime Minister Indira Gandhi, but it was relaxed to buy the same class. But never before has he seen such a terrible disease. He said that every citizen of the country should cooperate in it so that this calamitous situation can be faced.

Similarly, in 1939, Seva Navat Colonel Avtar Singh Khaihara told that after partition in 1947, Hindus and Muslims started killing each other. After filling the cars, the corpses used to come from Hind to Pak and from Pak to Hind. People also walked towards their floors on foot. He told that he and his family were residents of Kot Ramdas and in the month of Partition, in August, he came to Sialkot with his Tau’s son Colonel Gurdial Singh Khaira who was a Colonel in the British Army and from there the second week of September. Traveled towards India together.He also told that after partition Gurdaspur had also stayed in Pakistan for 1 week but later demarcation was done and it was also handed over to India. He told that in 1984, riots continued for four consecutive days in which around 3000 Sikhs were killed. He told that if the curfew had been imposed by the government on the first day, then many people would not have been killed. Talking about curfew, he said that curfew was then imposed to prevent riots and communalism from flourishing so that the internal system of the country could be handled. But he has never seen such a scene in his life before. In the wars, we knew when to shoot and when to stop, how to attack, the opponent used to be in front of us, but now the opponent is a epidemics whom we cannot see but can only feel. He said that Prime Minister Narendra Modi has only appealed to the public not to leave their homes from 7am to 9pm on Sunday so that citizens can be protected from this disease. Its curfew cannot be called care for you. And all the citizens should be supported in this.