India’s ever-growing population is becoming a formidable threat with dire consequences. With the increase in population all over the country, land rates have skyrocketed. For the common man, getting a home has become a dream come true. And all this is happening with the ever-increasing population. If you look at the pages of history, at the time of India’s independence, its population was around 34 crores. At that time, India’s area was 1,26,9,338 square miles and India was ranked seventh in the world in terms of area. It ranks second in terms of population. India’s population has now reached upto 1 billion 37 crore 84 lakh 18 thousand and 813, While its area is 1,26,9,345. On the other hand, compared to India, China’s population is 1 billion 43 crore 86 lakh 92 thousand and 12 only, while its area is 3,74,7,877 square miles, which is almost three times that of India. In 73 years, India’s population has almost tripled and people are forced to live in small houses like sheep and goats. 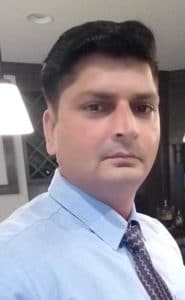 An estimated 73787 children born in India every day in 2019 and 26789 deaths were being reported. Similarly, about 423 people are leaving India and going to other countries every day. Due to which the population is increasing at the rate of 47141 per day. Due to which the population density is also increasing per square kilometer. In August 2019, the population density was estimated at 460 people per square kilometer. According to United Nations Statistics, India covers an area of 3,74,7,877 square kilometers. India’s dependent population rate is 49.78 which is much higher. If India’s population continues to grow in this way, by 2030 India will be the most populous country in terms of population. China has adopted a one-child policy to control the population, under which it is not allowed to have more than one child, and it was strictly prohibited in the villages. If more than two children are mistakenly born, the husband or Wife is sterilized. Due to such tough policies, China’s population has been largely controlled while India’s population is growing day by day, for some important reasons. First of all, the politics of the country is responsible for such a rapid increase in population. Politicians of our country have been instructing the public to do family planning but have never provided security to those parents with girls. Because the demand for a boy increases by the parents while feeling insecure, due to this greed they increase the population of the country. Because the misfortune like dowry of girls has squeezed the society. Thousands of girls have been killed and thousands are dying for dowry. Even today people are afraid to give birth to girls because of the important role of our society towards girls. Some other reasons for the country’s population growth have also been identified, including poverty, unemployment, illiteracy, etc. Uneducated parents go to great lengths to raise as many children as possible. The Indian population is becoming an atom bomb due to the increasing interest of idle husbands in sexual intercourse in the absence of work and ignoring the dire consequences of a growing population.

To keep the population under control, it will be necessary to increase per capita income because if a person is earning a good income, he will not focus on having children in the lure of higher income. It is important to set a date for the wedding of the girls. Provision of education for women so that they can understand the danger of the growing population and overcome it on their own. Family planning facilities are limited to cities and towns. Therefore, with the help of trained staff, these centers should be opened in the villages as well. The media should be consulted to spread the message of family planning policy in the villages. Although the central government has enacted a number of laws for family planning, they are not enough because they are not properly enforced. If we look at the above, it is clear that the Government of India has been unable to make the people of the country aware of the dire consequences of a growing population. The one-child policy pursued by the neighboring country has largely controlled the population in their country while India’s population is still growing rapidly. If the population is not brought under control soon, the day is not far when India will be at the forefront of population and poverty.