The Punjab State Minorities Commission has come forward to help with the return of Indian families living in Qadian who were stuck in Pakistan due to covid-19. 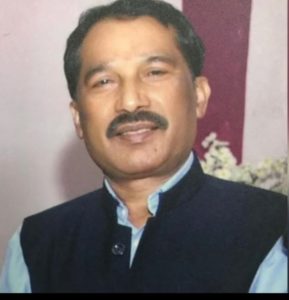 Prof. Emmanuil Nahar Chairman Punjab Minorities Commission has written a letter to Chief Minister Captain Amarinder Singh stating that Naseer Ahmad Qamar resident Muhalla Ahmadia Qadian district Gurdaspur has informed him that his son Rafiq Ahmad Was married to Umera Rafique resident of Pakistan, about 13 years ago . And he went to meet his Pakistani in-laws with his Pakistani wife Umera Rafiq and one-year-old daughter Ayesha Rafiq in March. He is stuck there due to the closure of the India-Pakistan border due to corona virus. The visa of Rafiq Ahmad’s wife Umera’s return to India has ended. The Indian Embassy Islamabad has informed his son Rafiq Ahmed that he would get ready to go back to India with his daurghter on 23 June. While his wife’s return to India will be possible,only after the return of all Indian nationals trapped in Pakistan. Naseer Ahmed has requested that Ayesha Rafiq, who is one year old and dependent on her mother’s milk will not be survive without her mother so his daughter-in-law and son  Rafiq Ahmed should also come together with Ayesha. Similarly, Umera Rafiq’s Visa should be extended to return to India on the basis of Noori Visa covid-19. So that she would not face any problem on her return to India. Chairman Prof. Emmanuil Nahar has requested in a letter to Chief Minister Captain Amarinder Singh that while keeping the application of Nasir Ahmad Qamar, in consultation with the sympathizer, the matter was taken to the Ministry of External Affairs, Government of India to take-up of these families from Pakistan, so that  recommendation in getting permission to return to India could be issued. similarly, the Home Affairs and Justice Department, should also recommend to carry farword the Noori Visa of Umera Rafique